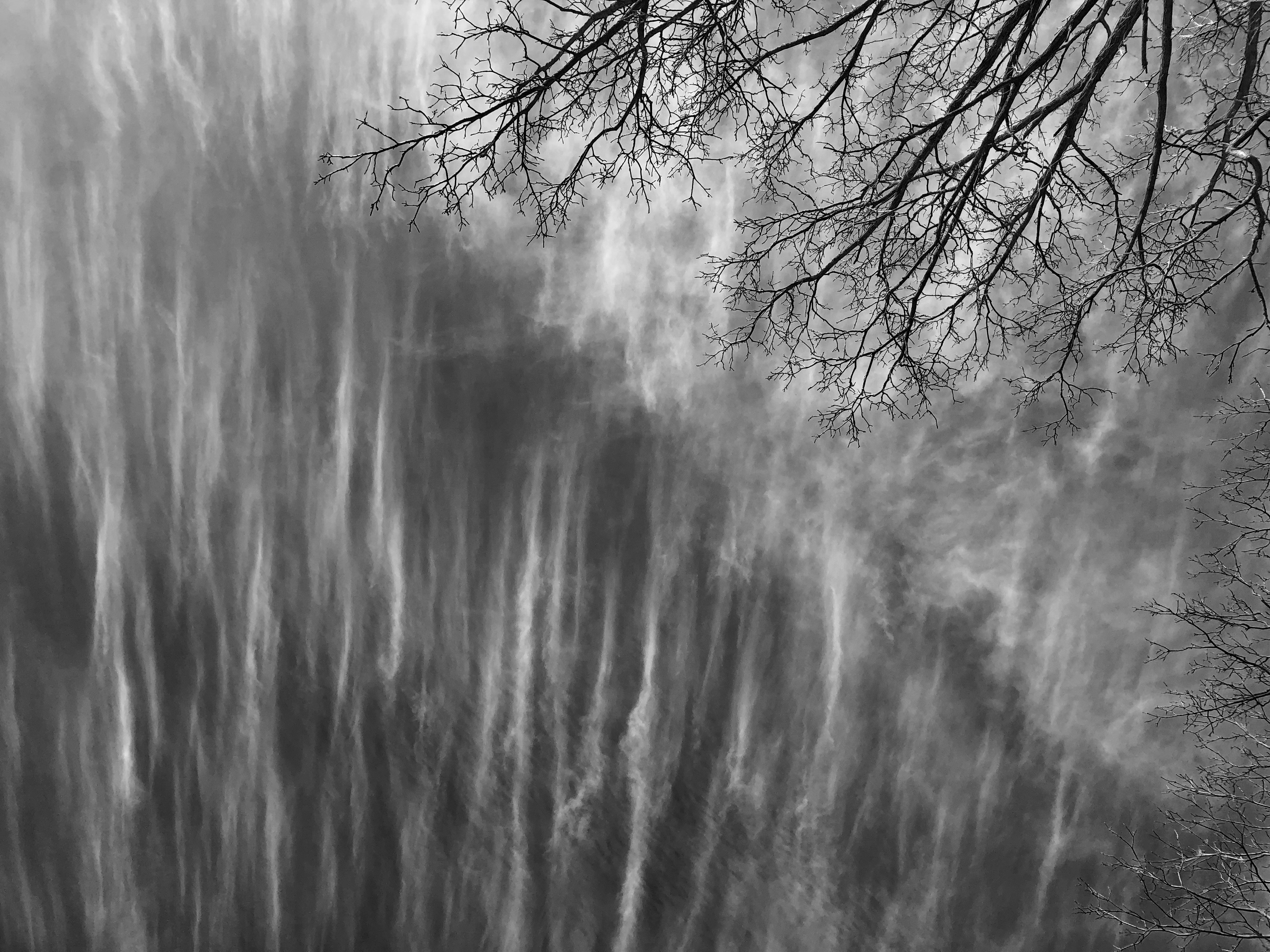 I walked outside on a spring day in 2018 and saw this great sky above me. I didn’t have my camera so I just used my iPhone. I shot literally straight up into the air. I turned it into black and white afterwards using Apple Photos. Nothing fancy. View on 500px

Update Aug 5, 2019: I didn’t like the way I wrote this originally so I’ve heavily edited it.

What is a photograph? Originally there was the camera obscura, a pinhole camera which delighted the ancients. Build a room and put a small hole in one of the walls. Seal up all the walls so that no other light gets in. When one’s eyes adjust, one will find an image of the scene outside projected onto the wall opposite the hole.

Then, many years later, about two centuries ago, someone discovered you could project the light onto a chemical-treated surface and make the image permanent.

You don’t take a photograph, you make it. — Ansel Adams

Although I’ve been photographing since I was very young, I only recently started to educate myself on the actual practice of making good pictures. Most of what I currently practice comes from the writings of Ken Rockwell, an opinionated photographer and reviewer who operates out of his website. He’s not exactly the world’s greatest photographer, and I think that a lot of professionals discount his advice because of that. But as they say, them that can’t do, teach.

I’ve noticed many times that the professional photographers at weddings and concerts are always getting up close at the front, going to the side, shooting from the back, and generally moving around a lot. I didn’t realize for a long time that this is something I should be doing as well. I had a tendency, like most people, to start from where I am and swivel around and zoom in and out. But by staying in one spot I was missing out on a lot of better opportunities for a photo. 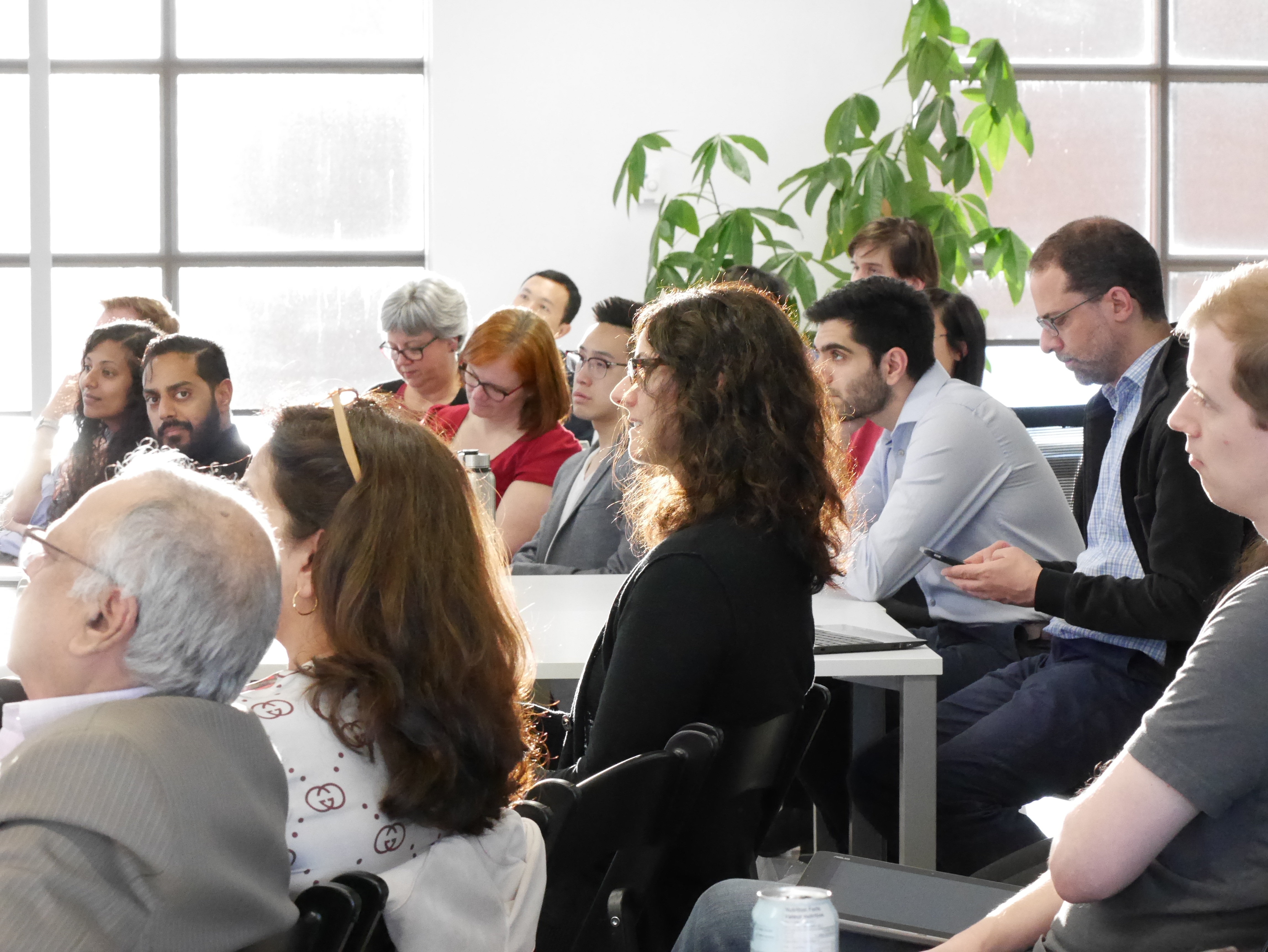 I was all over the room trying to find this shot. View on 500px

This oddly named article by Rockwell (Composition: Simplicity, SEX and Balance) explains one particular example of movement: moving closer to the subject. Why would you bother when every point-and-click camera comes with a zoom lens? The answer comes from science – the amount of light that reaches your camera is cut in half by the square of the distance – called the Inverse-square law. Again, why does this matter? Because less light means a worse photo, either it will be blurred, or grainy, or both. The solution is to move closer to your subject. This is especially true indoors or in the evening when there isn’t much light. Does this mean you’re getting in people’s faces? Maybe. But when one sees the improvement in the photo, there is the compensation.

Another reason to move around is to improve the composition of the photo. This can include excluding objects that contribute nothing, like distracting people in the background, or to change the relationship between the people you are shooting. I think that in our heads, we automatically rotate a scene in three dimensions so that in our mind’s eye we “see” it in an ideal way. But once the photo is taken, somehow that ability is lost. I hope to write more about composition in the future.

Rockwell articles to check out

As I said, Rockwell is very opinionated so his writing isn’t for everyone. But on the other hand, I have found that a lot of photographic “advice” is useless because it focuses exclusively on the equipment and settings. That kind of discussion is pointless for some making photos with their iPhone, but the tips above about moving closer and composition can help even the phone-based photographer.

Here are a couple of good articles: